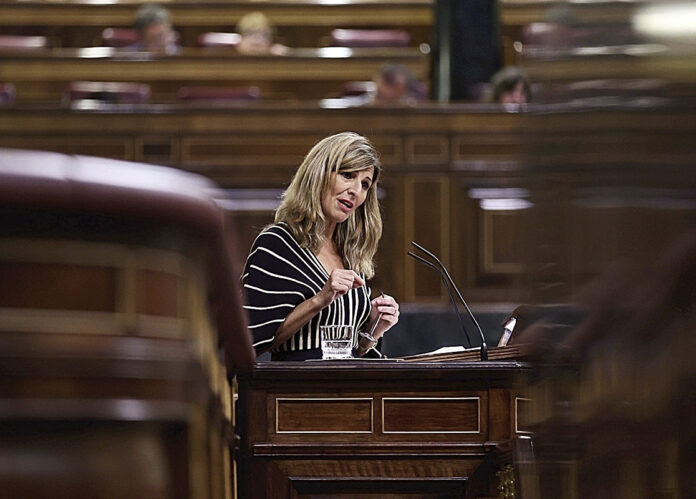 Work four days a week? The debate has been on the table for some time in Spain, but without any concrete action beyond some specific experience and the Government’s declaration of intent. The Valencian Community, however, aspires to become the first laboratory in Spain to test the 32-hour weekly shift. Of course, with public support in the form of aid of up to 200,000 euros to companies that take the step.

Companies like Marie Claire have already been interested in the new call for aid that the Generalitat Valenciana intends to launch for the second half of the year, and that from Economy they defend by even appealing to the energy savings that it will mean for companies in full price escalation. The calculation is simple: if the working week is reduced to four days, commuting to the workplace decreases. Environmental issues aside, its defenders also point to conciliation.

The project is planned for the long term, since the subsidy may be extended up to three years, although with a gradual reduction in the amount: 5,492 euros for each worker who avails himself of the reduction in working hours the first year, 2,746 the second and 1,373 the third. The beneficiary company could receive 9,611 euros for each worker, with a cap of 200,000 in three years.

The ultimate goal is that the reduction in working hours is not accompanied by a salary cut. It is not the only condition that the Generalitat will demand, which will also ask the beneficiary companies to sign an agreement with the workers’ representatives and a plan to boost productivity. It is one of the keys to the pilot experience, since its detractors insist that it makes no sense in a country with such low productivity.

In the words of the Autonomous Secretary for Employment, Enric Nomdedéu, there is a clear argument for moving from theoretical reflection to facts: “We are working more than 100 hours of the European average, but we are one of the least productive countries.” In other words, “the equation that more hours of work, greater productivity is not true.”

In any case, not necessarily the entire workforce will have to reduce their working day to qualify for aid. What will be demanded is that the worker has a full-time indefinite contract. From there, companies with fewer than 10 workers will be asked to cut hours affecting at least two people. Companies with up to 49 workers will have to apply it to at least three, while in those with 50 or more workers, the impact must reach 20% of the workforce.

The purpose of Economy is to test a proposal that has many detractors. The economist Joan Sanchis, advisor to the Ministry, warns precisely in his book Four days. Work less to live in a better world (Sembra) from the risk of making a “unilateral decision”. “If there is no involvement and consensus of all the actors involved (administration or companies, workers, social and economic agents, etc.), the imposition of a measure like this can be counterproductive and even contribute to generating a negative perception.”