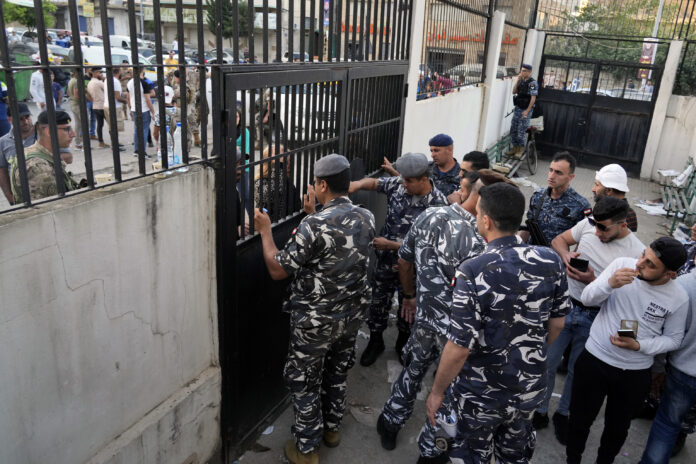 Tripoli has registered intense clashes this Tuesday in Tripoli after the announcement of the arrival in the Libyan capital of the parallel government appointed by Parliament and supported by Marshal Khalifa Haftar.

The parliament-approved government press service announced in a statement “the arrival of the Prime Minister of the Libyan government, Fathi Bachagha, accompanied by several ministers in the capital to start his work.”

The capital-based government, led by Abdelhamid Dbeibah and formed in early 2020 after a UN-sponsored political process, did not immediately comment on these developments.

At dawn, shortly after the announcement by the Bachagha government, clashes broke out in the capital between armed groups, an AFP journalist confirmed. Around 0700 local time (0500 GMT) gunshots continued to be heard in the middle of the city.

Libya has failed to put an end to a decade of political chaos and consecutive conflicts following the fall of Muammar Gaddafi’s regime in 2011, in the wake of the Arab Spring. This huge North African country of just seven million inhabitants continues to be undermined by insecurity, political division and rivalry between institutions in the East and West of its territory.

In February, the operative Parliament in the eastern part of the country appointed former Interior Minister Fathi Bachagha as head of a new executive that has the backing of Marshal Haftar, the strongman of eastern Libya, whose troops tried to conquer the capital in 2019. But Bachagha has so far failed to sideline the Tripoli executive, led by businessman Dbeibah, who has stated on several occasions that he will only hand over power to an elected government.

Constituted at the beginning of 2020, the Dbeibah government had as its main mission the organization of legislative and presidential elections in December 2021. But the constant disputes between the local political bosses, especially about the legal basis of this vote, led to the postponement of indefinite form of these elections on which the international community hoped to restore stability to this North African country. Dbeibah’s political rivals consider that his mandate expired with the electoral postponement.

Oil production, the main source of income for its economy, is once again the host of these political divisions, with a wave of forced closures of oil fields. Considered close to the eastern side, the groups at the origin of these oil blockades demand the handover of power to Bachagha, as well as a better distribution of income from the sector.

At the end of April, the UN Security Council dividedly adopted a resolution by the United Kingdom to extend the political mission in Libya for another three months, despite the fact that Russia refused to extend it until a new emissary for the country had been appointed.