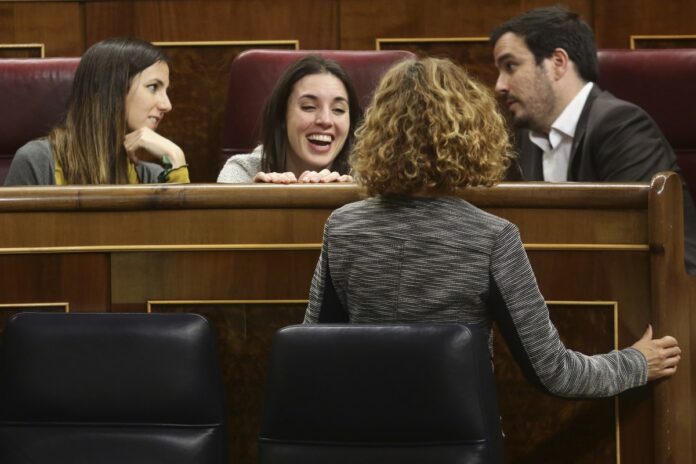 Three members of the Government voted this Thursday in the Congress of Deputies on a project that the European Commission considers “crucial” to reduce Russia’s dependence on the European Union.

According to the official voting sheet for the non-law proposal on gas interconnections in Spain, among the 41 votes against are those personally issued by the Minister for Social Rights, Ione Belarra, for Consumer Affairs, Alberto Garzón, and for Equality, Irene Huntsman. All of them followed the instructions of the parliamentary spokesman Pablo Echenique to try to stop a proposal that urges the Government to “strengthen and continue advancing in the development of gas and electricity infrastructures and transport in Spain, with special attention to interconnections with the rest of the European continent”, in clear allusion to the project called Midcat, to transfer gas from Spain to France through the Catalan Pyrenees.

The President of the European Commission, Ursula Von der Leyen, assumed this commitment last Friday in Barcelona before the President of the Government, Pedro Sánchez, and that of the Generalitat, Pere Aragonès: “We are going to prioritize cross-border projects, for example, the crucial interconnection between Portugal, Spain and France. Because together we can free ourselves from Russian threats”. Midcat claims to be able to exploit Spain’s regasification capacity, which is the largest in the EU, to transfer it to other European countries that need an alternative to Russian gas in the future.

However, Podemos distanced itself from the PSOE in the vote, considering that the new gas pipelines contribute to maintaining gas as a source of energy, which they consider contrary to the energy transition.

The third vice president, Teresa Ribera, maintained the same until now, but the PSOE decided to agree with the PP and Ciudadanos a transactional wording to relaunch this infrastructure, abandoned since 2018, and the El Musel gasification plant, due to “the current energy environment and geopolitical”.

The fact that members of the Government personally vote against one of the key energy projects not only for Spain, but also for the EU, complicates the Executive’s energy policy and weakens its request that Midcat receive European funding so that it can be accepted by France. The Esquerra deputies also voted with the PSOE and the PP until they all reached 291 yeses.