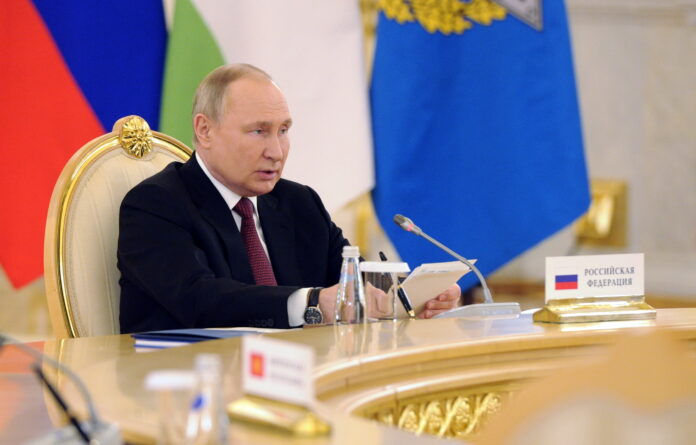 Statements to EL MUNDO and three other European newspapers by the German Finance Minister, Christian Lindner, have set off alarms in the Kremlin. Lindner considers that the G7 countries under the German presidency expropriate the foreign reserves of the Russian central bank to finance the reconstruction of Ukraine. “I am politically open to the idea of ​​seizing the assets of the Russian central bank abroad. We are already discussing this in the G7 and in the EU, and there are proposals on the table,” Lindner announces in the aforementioned interview.

However, Putin flatly rejects the idea and threatens consequences. Kremlin spokesman Dmitry Peskov told reporters, as reported by Reuters, that no one had informed Russia of such an initiative and dismisses it: “It would be illegal, brazen and, of course, would require the corresponding appropriate response… It would be, in fact, a real robbery”.

The idea that Lindner is considering, who chairs the meeting of finance ministers of the group of seven most developed countries, would mean a significant increase in sanctions against the Russian central bank. The Group of Seven major Western powers have already banned transactions with Russia’s central bank and froze its assets in its jurisdictions, worth some $300 billion, after Russia launched what it called its special military operation in Ukraine in february. Now it is a question of not only freezing, but keeping the money to finance the reconstruction of Ukraine.

In his statements to this newspaper, Lindner ruled out, however, doing the same with the private assets of oligarchs, as Ukraine has done with the owner of the DIA supermarkets, Mijail Fridman. “When it comes to private sector assets, we will have to see what is legally possible. We have to respect the rule of law, even when it comes to oligarchs.”

The High Representative for Foreign Policy of the EU, Josep Borrell, has also defended the expropriation of assets from the Russian central bank to compensate Ukraine.