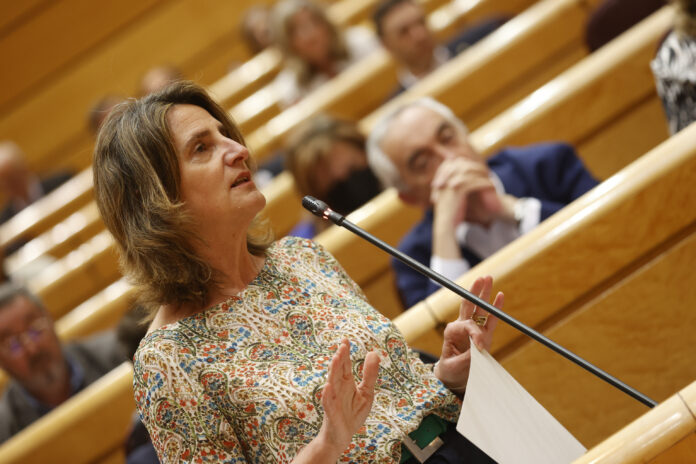 The Official State Gazette (BOE) has published this Saturday the royal decree law that the Government approved on Friday in an extraordinary Council of Ministers in order to cap the price of gas in the wholesale market, although the mechanism will not come into force until receiving the definitive formal approval of the European Commission, a process that will depend on its internal deadlines and that could take days or weeks, and after the 12 days of adaptation that is left to the operators.

This was indicated by sources from the Ministry of Ecological Transition and the Demographic Challenge, after the Executive has approved the limitation for 12 months of the price of gas in the wholesale market in order to mitigate the impact that the high cost of this raw material has on the electricity bill.

Therefore, the new pricing system will not be in force until the end of May and will be applied just until the regional and municipal elections scheduled for May 28, 2023, since the literal wording of the royal decree law collected by Servimedia establishes that “In no case will it be applicable beyond May 31, 2023.”

The Government thus caps the price of gas initially at 40 euros for six months and will increase it by five euros per megawatt hour per month thereafter, ending at 70 euros per megawatt hour and thus achieving an average price of 48.80 euros per month. throughout the 12-month validity of the measure, so that, according to the original calculations of the Executive, the measure will allow the bill to be reduced by around 30%, an amount on which Teresa Ribera’s Energy Ministry no longer insists, because there the compensation that would have to be provided to materialize the discount would not be computed.

The measure will take effect from this Sunday, once published in the BOE, but its “full effectiveness” is subject to formal approval by the European Commission, and it may take a few days or weeks. In fact, after the endorsement of the community authorities, the Minister of Ecological Transition will have to publish a new order that “will determine the start date of the adjustment mechanism regulated in this royal decree-law, in accordance with the date established by said authorization, which in no case may be earlier than the day following its publication”.

In this regard, sources from the Ecological Transition explained that the mechanism contemplates an adaptation period of 12 days for operators, counting from the day following publication in the BOE. In addition, approval by Brussels is necessary, after which a ministerial order will be published in the BOE with its communication and the entry into force of the mechanism. In this way, if after the 12 days of the adaptation period, Brussels had already approved the measure, it would already come into force, while, if the green light from the Commission arrives later, the mechanism would come into operation once it arrived. .

Once it comes into force, the Government believes that the measure will mean “an immediate improvement” for consumers who have contracts with variable prices such as the PVPC rate, 37% of domestic consumers and 70% of industrial consumers, while who have contracts with fixed prices will receive it if they renew or change them during the year the mechanism is in force. In this way, only consumers with long-term fixed-price contracts that expire after the year of application of the measure will not be affected by the measure.

On the other hand, ministerial sources pointed out that it is expected that with this new mechanism there will be an increase in electricity exports from Spain, mainly to France, so that the balance will be purely export.

These sources indicated that it is difficult to quantitatively estimate said effect on exports, but they pointed out that, while so far this year the balance between Spain and France in terms of electricity is balanced, with greater exports than Spain compared to other years, but without being 100% exporters, -since there are days and hours in which Spain imports to France-, with the new mechanism Spain will probably become a net exporter with respect to France.

Lastly, with regard to who will be compensated for the price of gas, the ministerial sources indicated that it will not be the consumers, but the marketers who buy the energy in the wholesale market.