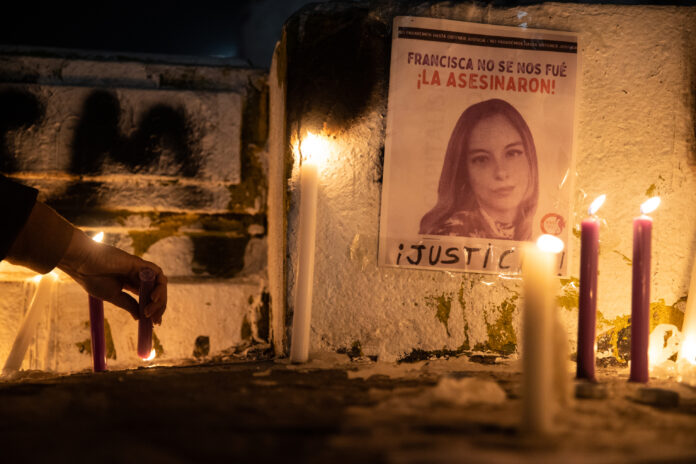 Chilean journalist Francisca Sandoval, from the Señal 3 La Victoria channel, died this Thursday in the hospital where she was admitted after being shot in the head on May 1 during a demonstration called for Labor Day.

During the protest, organized by the Central Classista de Trabajadores y Trabajadoras in Alameda, incidents were reported in the Meiggs neighborhood and in different businesses in the area, according to the newspaper BíoBío Chile.

Sandoval was covering the violent disturbances when a group of street vendors fired firearms at the crowd, leaving at least three people injured, including the journalist, according to the newspaper BíoBío Chile. The 29-year-old journalist was transferred to the Public Assistance Emergency Hospital, where she underwent surgery and was kept on life support for at least 12 days, in a serious condition and showing no signs of improvement.

“This is how the worst tragedies in Latin America begin,” Chilean President Gabriel Boric said at the time, after hearing the news. A few days later, he went to the hospital and met with his relatives in an environment throughout the country in which rallies were organized to denounce what happened, as reported by the newspaper La Tercera.

“We want to express our sincere condolences to Francisca’s family. She died today at 10:55 a.m., after a long, arduous fight, she fought hard after almost 12 days in the unit where she was in very serious condition, after receiving a wound from a ballistic projectile in his brain, after a major surgery and despite all the efforts of the medical team, he sadly passed away this morning,” reported Dr. Daniel Rodríguez, head of the ICU, as reported by Emol.

After learning of his death, Boric has transferred his condolences to the family on his official Twitter profile, where he has assured that “violence harms democracy and irreparably damages families.” “Our commitment is to security and justice, and we will not rest in that zeal,” she added.

For its part, the media outlet for which he worked, Señal 3 Victoria, has joined in the condolences and posted on his Twitter profile “we will miss you and we will do everything possible to find the truth”. “Francisca left us. They murdered her,” she added.

The United Nations in Chile has also expressed in a statement that “it hopes that justice can clarify the facts promptly and efficiently, to grant truth and reparation to his family and to the whole of society.” “The United Nations reinforces the call to protect freedom of the press and the right to information, which is not only to guarantee the work of journalists and those who work in the media, but to ensure one of the key pieces of democracy. “, he indicated.

Thus, he recalled that “it is an obligation of the States to guarantee the exercise of the right to peaceful assembly and to protect demonstrators, journalists, human rights observers”, as well as “health brigades and other members of the public against possible attacks or bad treatment by non-state agents, both by interference and violence by other citizens or against demonstrators”.